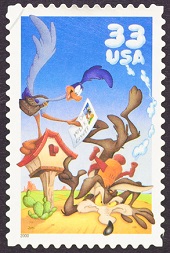 VIEWPOINT: Successful senior leaders need the bounce-back resilience of a cartoon character, says Rudi Plettinx, Managing Director of Management Centre Europe, in this twelfth in his series of articles for IEDP:
I’ve just spent the weekend with my old friend Gary. I love Gary. He’s so delightfully old fashioned when it comes to business, and when we talk leadership there’s no one to touch him, he just seems to naturally know how to get everyone behind him - every time. As a leader, I may have had my moments, but for me Gary is the numero uno, the big banana - and he makes it look easy too, getting results and energising people in a way most of us can only dream of.
“How do you do that?” I asked him. “ How do you reach those people, who if they were honest would all like to see you fall, crash and burn, yet, perversely, seem contented to follow you anywhere?”
He paused for a second, then his eyes brightened and he leaned over to me. “You know what they call me in the markets, don’t you?” he asks with a grin on his non too handsome face. I shook my head, somewhat mystified by his attitude.
“Wile E Coyote!” he answered, triumphantly, “like the kid’s cartoon." slapping his hand down hard on his antique desk. “They know that whatever they throw at me. I’ll always be back for more.” I’m like the creature in the cartoon, they can’t kill me off, I’m always still going in the last reel. That’s why the other fella is always looking over his shoulder, because they know I’m out there somewhere and I’ll get that deal done one way or another.”
He adds, “They also know that like the cartoon character I’ll be back next week and the week after that. I can’t be killed off, they need me. I provide continuity, certainty. Sure, a few people may laugh, but I get the star billing. What’s a few bruises, when you always win long-term?”
That got me thinking. Is Gary a good definition of a leader - super hero style indestructibility, but one with real-life staying power?
In reality, although I’m sure Gary hasn’t sat down and analysed this (it’s not in his ‘can do’ DNA to do it), Gary is a real leader in every sense of the word. By his very nature of always being there no matter what happens, he is a rock, a permanent fixture people can relate to and rely on. He can shrug off setbacks, ignore bad news and the disapproval of his peers, and get on with the job in hand. Demonstrating single-minded purpose when all around have given up. He’s also inventive, but most of all, he’s THERE. Rain or shine you know that Gary, if he’s on your side, will be there to see things through whatever the odds are against him pulling it off.
In today’s mixed up and complex world, there are far too many so-called leaders who don’t inspire the confidence they should. No wonder shareholders and institutional investors run for cover, there’s no Gary out there to come to their aid. What we want is a real-life cartoon character who can be blown up in a market bubble, pushed off a fiscal cliff and stretched to the nth degree of credibility and still bounce back.
For my money that’s my pal Gary. Sadly he’s so busy being there and being successful he doesn’t really see it that way and wouldn’t believe me if I told him. But while everyone is still pointing and laughing at Wile E. Coyote, who’s collecting the winnings?

This column on leadership and organizational development is written exclusively for the IEDP by Rudi Plettinx, Managing Director of Management Centre Europe, the Brussels-based development organization. Have a comment or a question? Engage direct with Rudi Plettinx here.
Posted by MCE at 12:00 49 comments:

We don’t do emotion at work, this is a business!

A common message I hear. I was going to say ‘a common cry I hear’, but the word ‘cry’ is a verb and also has an emotional meaning. And that is the whole point. We cannot learn effectively without involving the parts of our brain that handle how we feel.

Research and common sense shows that personal learning experiences in life are deepest when they include a strong emotion; shock, fear, pleasure or excitement. Why is it that many training sessions leave you feeling flat, bored, or partially interested at best?

Many training sessions are heavily loaded with THINKING, which provides knowledge. As a trainer, this is easy to do, simply load plenty of concepts, models and ideas into a session. Some trainers assume that a good session means lots of models.

To be fair, many trainers include a lot of DO in a session, this is the practical element. However, be careful, because DO does not mean a discussion or Q&A or even a role play. These activities involve a lot more logical thinking than they involve real in-the-moment applications.

FEEL is the piece that is often ignored. We know that emotional connection with a topic, and engagement with other learners makes a huge difference in learning, so why does it make up so little of most courses? ‘No!’ I hear you cry (FEEL response again). ‘I am annoyed that you say this of my training!’ I hear you respond. Good – we have a feeling, and a strong one at that. Stronger the better. Simply asking people how they feel about a subject, or practicing a role play on handling emotions may not be enough. You have to generate the actual emotion naturally, in the learning experience, as a typical and usual reaction. This is not easy to either design, nor facilitate. And yet we agreed at the start that emotions play a vital part in learning?

Let me show you two options: These two illustrations show the emphasis that training sessions give to feel, think, and do, elements.
The balance may vary between learning needs, and that is ok.
However is the balance as good as it could be? Here are two approaches to a training session, the size of the segments represents the emphasis and time given to each element.

For managers:
-        It is not possible to separate emotions from performance and working life. People improve when they have a real feeling of connection with the importance of doing something. Remember, discussing feelings is not the same as being emotional, and it will give you an indication of the importance of an issue to people. People are not machines, but then you know this?

For learning specialists:
-        How are you going to design experiences that generate real, strong, emotions that connect with learning needs?
-        How will you convince your sponsors that feelings are as important as thinking in learning?
-        Can you reduce the volume of what people need to know, in order to spend more time connecting with it and doing something with it?

For facilitators:
-        Asking people about how they feel about something during training is a start, but not enough. Can you develop a technique that carefully and supportively allows people to really feel connected with their learning and those who are part of it?
-        Can you debrief learning activities that make sure real, live, feedback is given and felt?
-        Can you ensure people leave with a full learning experience that has ‘held up a mirror’, given people a surprise about themselves, and learnt something?

Does it matter? We all remember how some teachers made us feel at school? Remember events where we did something exceptional, good or bad? And we all remember some things for a long time! This is usually when feeling-doing-thinking, come together.

‘We don’t do emotion at work!’ Yeah right, it’s part of the human condition! If you want robots, then fine. If you want people who show passion for their work, that’s an emotion!

Nigel Murphy is Portfolio & Capability Development Director at MCE. He has a background in management in manufacturing, education and training. For the past 10 years he has worked on leadership programmes across the globe. He is interested in the mentoring of new managers and leaders, and leading remote teams of people in today’s globally dispersed businesses.