The 5 Key A Traits of Every Successful Leader

Create a passion... and your team will bring you to the top. 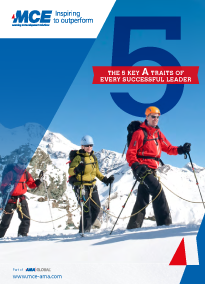 The role of a leader is getting more complex than it has ever been: the global environment is constantly changing and people have faster and easier access to information.

Today, we expect from leaders not only to communicate, but also to influence and even inspire their people to produce the results they have defined.

Former generations did not have to deal with the level of complexity and frequency of changes.
In addition to these changes, as a leader, you need to adapt your message to the various personality styles of your team members.

Let’s look at these key traits that you need to develop to gain maximum impact in your leadership communications...

Master the language of business to drive your people and budgets to success. 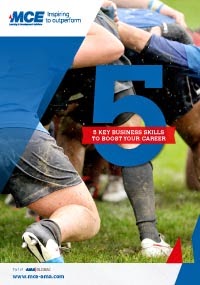 With the current fast-paced changes that organizations are going through and the new challenges they are facing with companies merging and restructuring, being only an expert in your own field will make you miss the boat. To be successful in business requires a full understanding of the core management disciplines, so that you can speak business language and understand what is being debated by management and be able to better support your organization's corporate strategy.

You need a helicopter view, which will help you see and appreciate the connections between different departments and be able to influence decision-making internally and externally...

The 6 key influencing skills for every manager 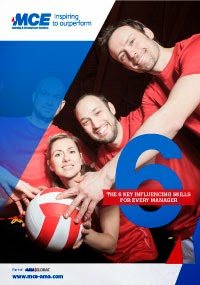 The key to success is to influence others...

The business world is complex and more and more stakeholders have a say in the game. Whether you like it or not, you can't get things done alone! In this environment, which is multi-gender, multi-cultural and multinational, the focus is on teamwork and achieving results through others, even when you have no authority. To get people to support you and your goals, you need to learn how to influence. You need to gain trust and commitment and ultimately achieve your goals.

Whether you are an individual contributor, a manager or a leader in the organization, you will be challenged by your peers, senior managers, customers, providers and even your business partners. It can be difficult to accomplish your work and get things done. It goes without saying that dealing with friends or supporters is much easier than having to manage conflicts and tensions. But in most circumstances, you will have to learn how to influence and impact people.

First Manage Yourself to Become a Real Leader by Rudi Plettinx

VIEWPOINT: Managing yourself is the first critical step on the journey to being a good leader. Rudi Plettinx, Managing Director of Management Centre Europe, offers valuable insight in this first in a series of exclusive articles for IEDP.

Jan has been in sales management jobs for many years. When it comes to closing a sale, there are few people better than Jan for coming home with the contract signed and sealed.  His bosses knew that. As long as he beat the plan every six months, no one worried. They were happy and so was he.

Now, whether through oversight or bad luck, the firm has found itself having to promote quite a few people who have not had the benefit of much personal development to get them ready for new responsibilities.

One of the people being promoted was my friend Jan. He had been fingered for the tough job of Central European marketing director – something he neither really wanted nor felt ready for. Listening to him outline his concerns, I was reminded of that old business adage: “many a great salesman has been ruined by making them a marketing director.” I've seen it many, many times. An experienced, able employee, terrified of the next big leap AND equally terrified to say “no,” for fear that would send the wrong signals to the board of directors.
“What can I do?” I thought. The sad part was that Jan wasn't ready, he hadn't been trained or groomed for this. Worse still, it didn't look like his bosses were going to invest any time in getting him some leadership development or updating his marketing skills. They needed Jan on the job from day one.

Jan pleaded to me, “I want this to work out, but I've virtually been my own boss for the last three years. Now I’ve got to work at this really challenging job while having the eyes of the organization on me.”

I thought about Jan’s dilemma for some time. Then, I suddenly realised the best way to help him. What Jan needed was confidence, the sort of confidence that can only come with experience. Also, if Jan was to feel comfortable, he needed to use the very talents he had honed as one of his firm’s best salespeople.

Manage yourself, I reasoned, and you should get a whole lot better at managing others. The idea? Give Jan confidence and establish his reputation as a leader within his business community. The challenges we established were:
The dissatisfied customer: What a great place to begin! In his sales role, Jan had been used to dealing with difficult, irate and downright horrid customers for years. Using all his professional skills, he was able to not only placate the customer, but get him or her to sign an exclusive agreement. This quickly established Jan as a key member of the management team and it made Jan realize that he had skills that translated easily into his new role.
Task-force team member: Always viewed as a bit of an ‘I work alone’ maverick, Jan was not looking forward to his debut as a team member. But by focusing on what he was naturally good at, he got the rest of the team to appreciate his contribution. A seemingly intractable problem, changing age-old working practices at a newly acquired business, was quickly solved thanks to Jan’s ability to persuade and negotiate.
Champion of change: Again, Jan’s ability to see the other side of the picture and put himself in another employee’s shoes made all the difference. By now Jan was unconsciously assuming the role of the leader.

I caught up with Jan a few days ago and he tells me that he is really enjoying the challenges. His natural abilities as a salesperson could be easily transformed into those of a leader. While it may not have been that easy for everyone, the lesson here is to build on what you have – all of us have skills that we can add to any organization. By learning to manage yourself you can also learn to lead others.

This article is one in a series on leadership and organizational development, written exclusively for IEDP, by Rudi Plettinx, Managing Director of Management Centre Europe, the Brussels-based learning and development organization.
MCE is proud to announce our new partnership with IEDP.
www.mce-ama.com