One current HR trend is to compete to acquire and retain talented employees. Agreed?


So, how come Leicester City Football Club won the 2016 Premier Title? They have, and I hope they forgive me, an average bunch of guys who were fighting to avoid relegation from the Premier League last year. People had good betting odds that they could win the Premiership.

There are a few very rich people in Leicester today! Leicester have few players regarded as world talent, so how did it happen?
Where does this leave the view that we must buy talented employees, if we are to be competitive? What did Leicester’s Manager, Claudio Ranieri, do to take this team to the top of the league?

Let’s spend a moment putting things into perspective. Look at the relative cash values spent on each squad. Leicester are worth a fraction of other great teams; at £72m they are easily the least expensive club by a long way. 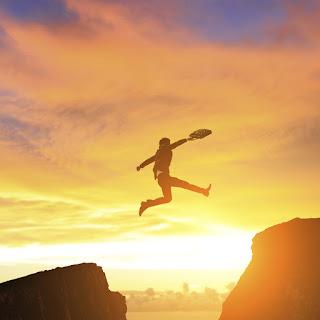 We cannot always hire the most expensive talent. If you do, then you must be able to justify how this talent has added to the bottom line of profit.
My guess is that you cannot do this (except in a few obvious sales-driven roles). My other guess is that most of the real value-driving work of meeting client deliveries, getting prototypes to market, solving client problems and making improvements to products or processes is achieved by the more ordinary people in the engine-rooms, getting on with their jobs to the best of their abilities.

So, I am now questioning why we spend so much time and effort on recruiting talent, when good management and leadership of the ‘ordinary’ people who are already in the business would produce a much better result?

Claudio Ranieri who took an ‘ordinary’ bunch of guys higher than anyone, thought possible. Some of you will say: “oh this is a once-in-a-lifetime event”. In December 2015, you were saying ‘they-will-never-keep-it-up’, well they did, and in what style!

The real question is, if you cannot afford to buy talent, what can you do to lead and manage the resources you already have, to achieve more than anyone thinks they can?

Let’s explore some of the features of Claudio Ranieri’s approach, according to the Leicester supporters I met when on a home visit.

Talent is not always where you expect to find it.
Resilience is worth more than ability.
Impending failure can build strength.

No individual is bigger than the team.

Let people have a break.
Train at intensity.

And nowhere is there any mention of buying inexpensive highly talented players to fill gaps or make a difference. There is a lot of talk about using what you have to the best of their ability. And that is leadership.

Nigel Murphy supports is Director of Portfolio and Capability Development at MCE and he has a background in management in manufacturing, education and training.
For the past 10 years he has worked on leadership programmes across the globe. He is interested in the mentoring of new managers and leaders, and leading remote teams of people in today’s globally dispersed businesses.